Erfurt is the capital city of the Thuringia region in Germany. The Predigerkirche (Preachers’ Church), located in the city centre, is one of the oldest churches in the city, built in the 14th century in gothic style. The magnificent organ case dates back to 1648, when Ludwig Compenius built a Baroque organ. It is worth noting that in the years between 1678 and 1690 Johann Pachelbel, the famous Baroque composer, was the organist in the Predigerkirche. The organ had two manuals and a pedal but was quite prone to failures, resulting in several rebuilds of the instrument.

While retaining the beautiful casework, the interior was replaced by a new organ in around 1898, built by Walcker with tubular action and kept in a romantic aesthetic. In the 1950s its condition continued to get gradually worse, so the idea of building a new organ surfaced. In the end a new organ was built by Schuke from Potsdam (Germany) in 1977. It was conceived in a neo-baroque style, corresponding much better with the phenomenal baroque case.

The organ has 4 divisions: Hauptwerk, Schwellwerk, Positiv and Pedal. We can find the Hauptwerk in the upper floor of the main organ case. Its principal chorus (Plenum) builds up from a Principal 16′, with two Quinte stops (5 1/3′ and 2 2/3′) and is crowned with two mixtures: Groß Mixtur at 2’ pitch and Klein Mixtur at 1 1/3’ pitch. With two Trompete stops at 16′ and 8′, the Hauptwerk makes for a solid foundation of the organ.

Looking at the Schwellwerk division, which is the largest division of the organ, we find a large variety of stops. It is located in the main organ case at the bottom. The box shutters (it is enclosed) are covered by the Positiv section, so they’re not visible from the nave. With its unusually high amount of foundation stops for that time, it is possible to create a warm and full tone, while still not overshadowing its neo baroque spirit. Typical for that time is the stop Oberton 2 fach, which consists of a seventh and a third, allowing for more modern and experimental sounds. Two reed stops complete the division: Dulcian 16′ and Oboe 8′, which can give the division some nice and rustic sound when used appropriately.

The Positiv division isn’t a Rückpositiv division as you may think judging from its case. Originally the console was built into the main organ case (in the place of the current Schwellwerk). As the current console is located below the organ case on a lower level, the former Rückpositiv becomes a “regular” Positiv. Usually, a Rückpositiv section is controlled by the lowest keyboard because of mechanical advantages (easier to build with mechanical action). Here it is operated by the highest manual. Its stoplist, as in most baroque organs, reflects the Hauptwerk division, but in a smaller form. Fulfilling its purpose adequately, which speaks directly into the church, it complements the Hauptwerk very well and functions as the crown of the whole instrument.

The Pedal division is highly developed. It has three 16′ stops, giving the instrument a solid foundation. Thanks to the Quinte 10 2/3′ an acoustical 32′ can be formed. Moreover, this division also offers higher-pitched stops, perfectly suited for playing the cantus firmus part. With five reed stops, from Posaune 32′ (which was artificially created from the Posaune 16′ stop) to Clairon 4′, it makes the pedal sound powerful and voluminous. It also contains two mixture stops: Baßaliquote 4f. which boosts the natural harmonics of the lower ranks, and Mixtur 6 fach – crowning division’s principal chorus. Thanks to a big variety of stops, the pedal section can work independently (without couplers) as it was originally conceived in historic baroque organ pedal divisions.

The Schwellwerk and Positiv divisions were also sampled with tremulants, resulting in a much more realistic sound. Tremmed samples take around 30% percent of the required memory. However, it is also possible to disable them and use the artificially generated tremulant. It can be enabled in the Settings tab.

Overall, the organ has a noble and clean sound. Its reeds don’t dominate the sound, but they complete the sound design and compliment the clean and bright mixture sounds. Together with the gorgeous acoustics of this gothic church, it is one of the rarer examples of a good neo baroque organ, which really took up the spirit of old baroque organs while adding “newer” features like the more unusual mutations or high-pitched mixtures. It really stands out as a fantastic instrument of its time. 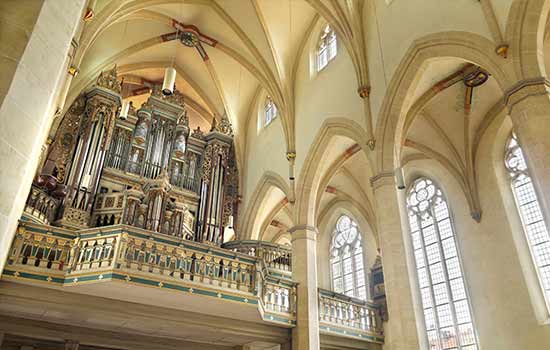 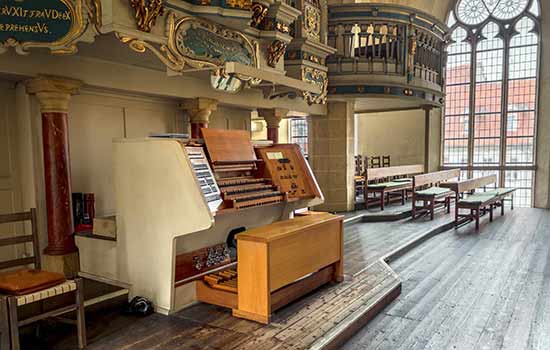 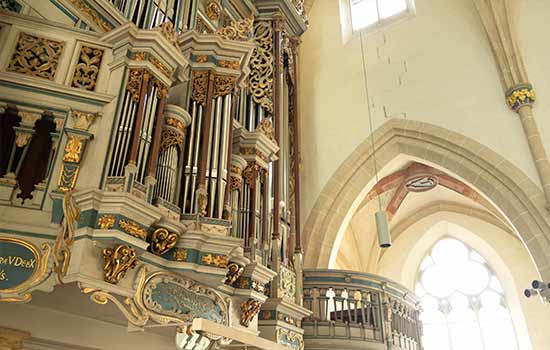 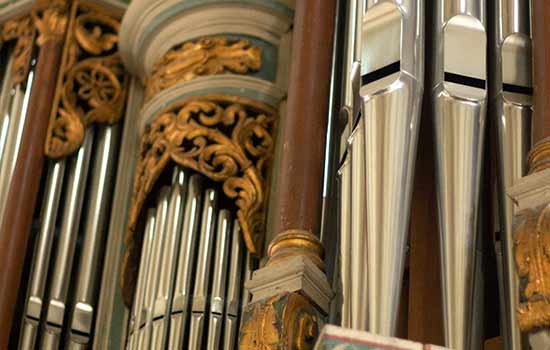 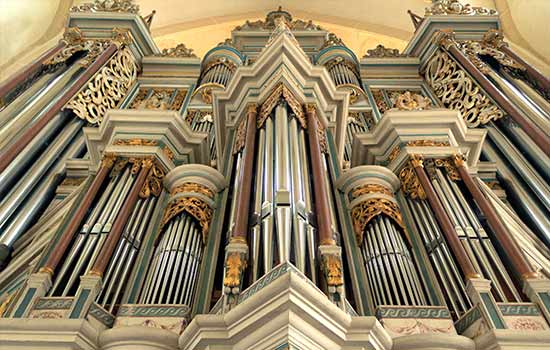 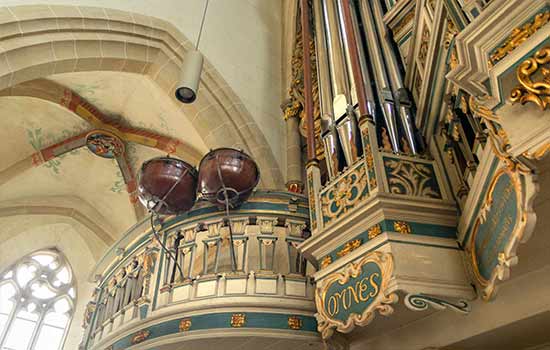 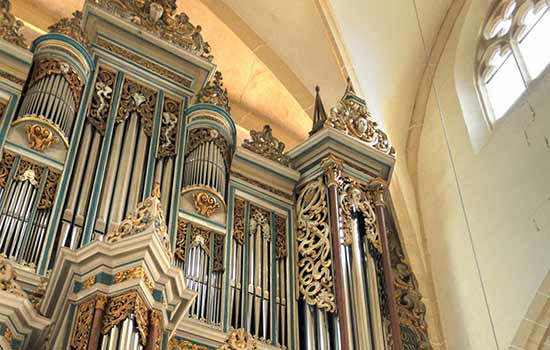 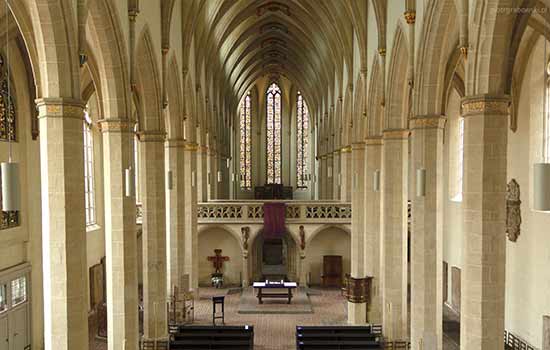 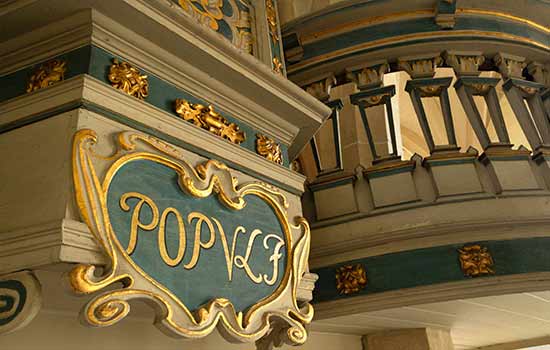