Situated in the St. Maria Magdalena church in Goch, a region in Nordrhein-Westfalen Germany, we find a new organ built by Romanus Seifert & Sohn from Kevelaer in 2015. Before the spire collapse in the year of 1993, a Seifert organ built in 1958 had been used until it was buried under the remains of the collapsed tower.

The instrument we find in Goch today is an organ conceived in the French symphonic style with 42 stops, which makes perfect use of the long reverb in its gothic church. Furthermore looking at the casework of the organ, one can see that the pedal towers to the left and right of the organ resemble the style of the church tower and therefore can be seen as a reminder of the tower collapse.

The organ consists of 4 divisions: Grand Orgue (I), Récit expressif (II, enclosed), Solo (III) and Pédale. All divisions have tracker action apart from the Solo, which is controlled by electric action. The Grand Orgue features a full principal chorus from 16′ to 2′. It has a full and clear sound, which makes a perfect foundation to add the reed stops. The Récit is very versatile with its cornet decomposé made of harmonic stops, beautiful strings and solo voices such as the Voix Humaine 8′. Each of the stops from Récit were sampled with the tremulant engaged to get the most realistic impression. As for the Solo division, it has been conceived in a rather similar manner as the Cavaillé-Coll organ in Saint-Ouen Abbey in Rouen. In fact the Grand Orgue has only one reed stop on its own, so if the organist wants to couple the chorus reeds (without the mixture which is found in the GO), it’s necessary to couple the 3rd manual to the 1st. Also the missing harmonic flute in the Grand Orgue is found in the Solo division as well as a rather interesting and rare stop: Violoncelle 8’. In the pedal division there are two 32′ flue stops: Sousbasse and Violonbasse. The latter’s lowest octave is made of 16′ and 10 2/3′ ranks playing together. Because of space issues the lowest pipes are outside the organ case and can be found built into the wall and into the flooring (placed horizontally). Thanks to Super II an P and Super II an P couplers, the pedal division can be used as a solo voice with a wide range of sounds.

In the sample set Pedal split function was added (accessible from Simple Jamb page). It divides the pedal keyboard into two zones: the lower one (from C-H) uses only pedal stops and ignores pedal couplers, the higher one (c-g1) doesn’t play pedal stops, but uses only coupled divisions.

Another new feature is Pipe delays option. It introduces small delays, mostly to reed pipes, to achieve more realistic effect. It can be disabled in the Settings tab. 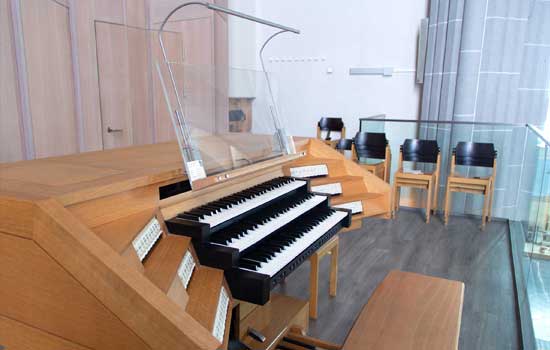 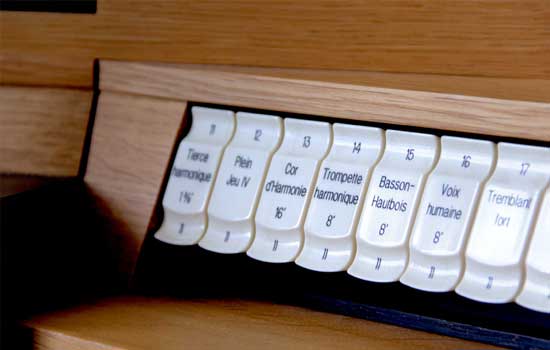 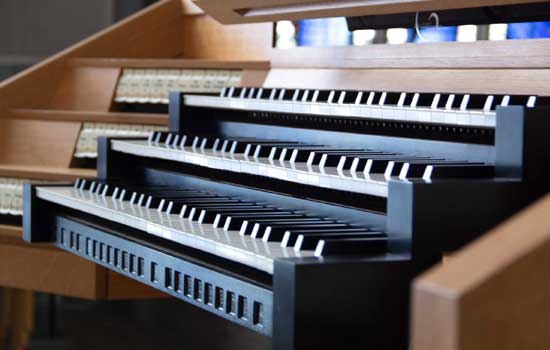 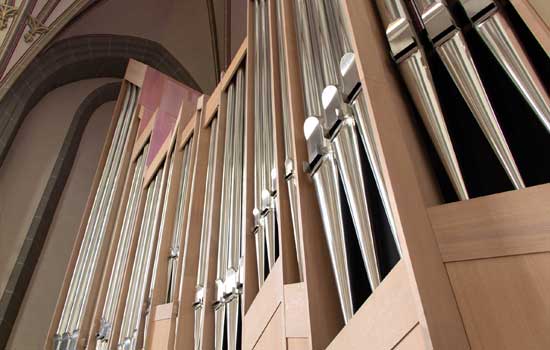 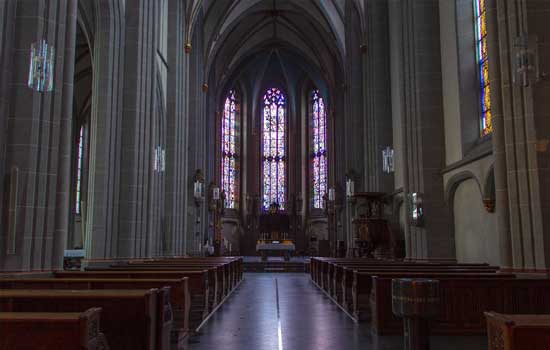 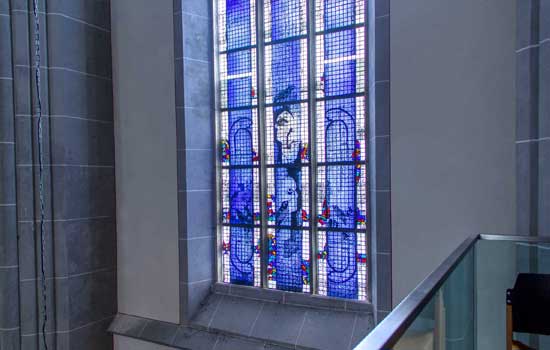