The history of the organ starts in 1763 when Nicolas Dupont built the first instrument in the newly built cathedral which was at the time Dupont’s largest organ with 44 stops. The 16′ facade was a remarkable feat for its time. The construction took Dupont 8 years and he retained care of the instrument until his death in 1781.

After Dupont’s death, Jean-François Vautrin took care of the instrument who added a stop grosse caisse (bass drum), as well as other repairs in 1788. As the French revolution started in 1789 the organ incredibly didn’t suffer any loss, largely thanks to its then organist – Michelot. More restoration work and enlargements were needed in 1808, including a keyboard extension from d3 to f3, 4 new additional stops to the Swell, and several stops were modified to the Grand Orgue and Positif divisions. Another important extension was made with the addition of two Bombarde stops (16′ and 32′). It’s worth noting it was the first Bombarde 32′ stop ever built in France.

The next big modification, and perhaps the most important one, was made by Aristide Cavaillé-Coll in 1861. Cavaillé-Coll was appointed to reconstruct the organ in a symphonic style which corresponds to the tastes of the 19th century. Typically for Cavaillé-Coll, he retained much of the good pipework of his predecessors. The reeds of the Grand Orgue were integrated into a new Bombarde keyboard and a new Récit expressif was added in the middle of the organ case. Also rather unique is it’s huge number of reed stops: 23 in total – one third of the whole organ! This combination has never been found anywhere else in his long and successful career. This organ has the largest amount of pedal stops and pedal reeds of all his organs – 8 in total.

Later in 1921 some damage to the organ was fixed caused by shrapnel as shells hit the square in front of the cathedral during the Great War. During the 1930s there was a plan of electrifying the whole organ and changing the specification, sound and the console as proposed by Marcel Dupré. Fortunately, these plans were thwarted by the Second World War.

In 1965 the organ was in dire need of a restoration which was carried out by Hærpfer & Erman under the supervision of the famous organist Gaston Litaize. During this restoration, the organ received its néo-classique vague which was typical for its time. Not only was the specification of the instrument modified, but much of the pipework was revoiced. Sadly, several romantic stops such as harmonic stops, gambas and 16′ stops got replaced by smaller and high-pitched stops (mostly mixtures and mutations). Several of the materials used were of poor quality, especially in respect to the rest of the historic pipework and its history.

More recent works on the organ in 2012 by Laurent Plet and Bertrand Cattiaux included some dust removal, mechanics and wind review, but more importantly, the Positif received a revoicing and a restoration of its reed stops, receiving back more of its historic character. Today the organ retains about 35% of Cavaillé-Coll pipework (23 stops), 37% of Dupont pipework (24 stops) and 2 stops from Vautrin. Although 16 stops were replaced, Cavaillé-Coll’s symphonic sound still resonates strongly in the instrument with its nearly unmodified Récit expressif and Pédale division. The case was classified as a Monument Historique in 1906, followed by the organ’s internal components in 2003.

The sample set adds a few minor extensions to the original specification. Manual compass was extended up to c4 and pedal to g1. Two couplers were added: Récit expressif to Positif (accessible from the Simple Jamb page) and Octaves graves which is a suboctave coupler for Grand Orgue keyboard and was present in the original Cavaillé-Coll specification. Other useful extensions are crescendo pedal and enclosure pedal for Positif division – both accessible from the Simple Jamb page.

The sample set consists of 4 stereo audio groups (8-channels total) named: Close, Front, Middle, Rear. As it is a very large instrument with long reverberation time, it has high system requirements. Please note you don’t need to load all of the available audio groups. For limited resources if there is only enough memory to load one audio group, I would advise to load Middle or Rear. For a larger setup I would advise Front and Rear, for even larger Close, Front and Rear. Of course, it depends on taste and needs. Please note each loaded audio group increases also CPU polyphony requirements.

By purchasing the sample set, you are supporting Association pour le renouveau des orgues de la cathédrale de Nancy, which is responsible for non-profit cultural events taking place in the cathedral and organ renovation projects. It is also responsible for the project of the revival of the last original Cavaillé-Coll’s 16-stop organ as a choir organ in the cathedral. You can read more about this very interesting project at this website. The history part of this description was also based on the texts from the association’s website dedicated to the great organ.

César Franck - Choral No. 3 in A minor (fragment) performed by Pierre Ouilhon 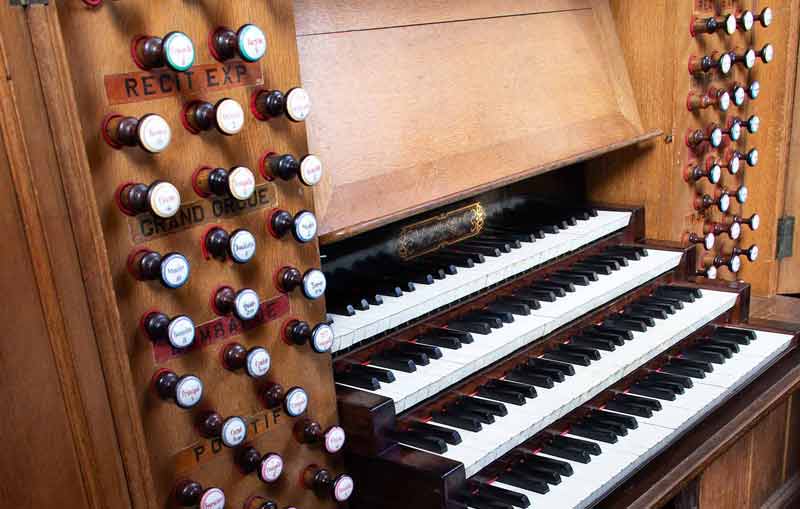 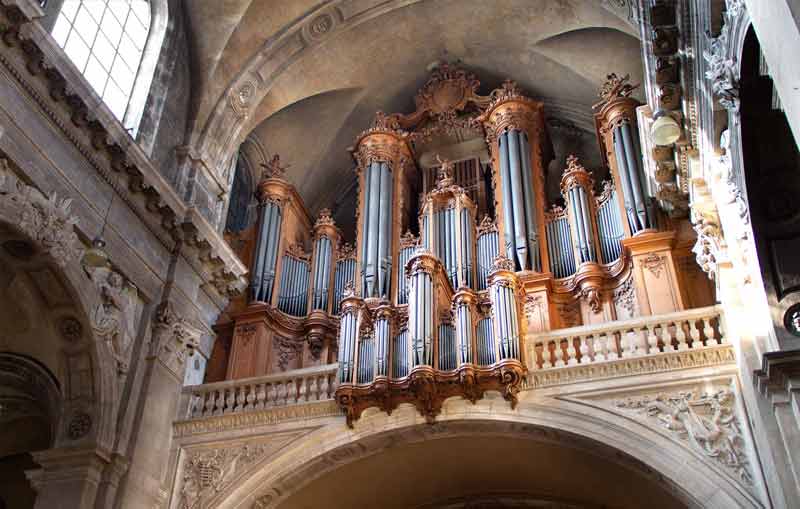 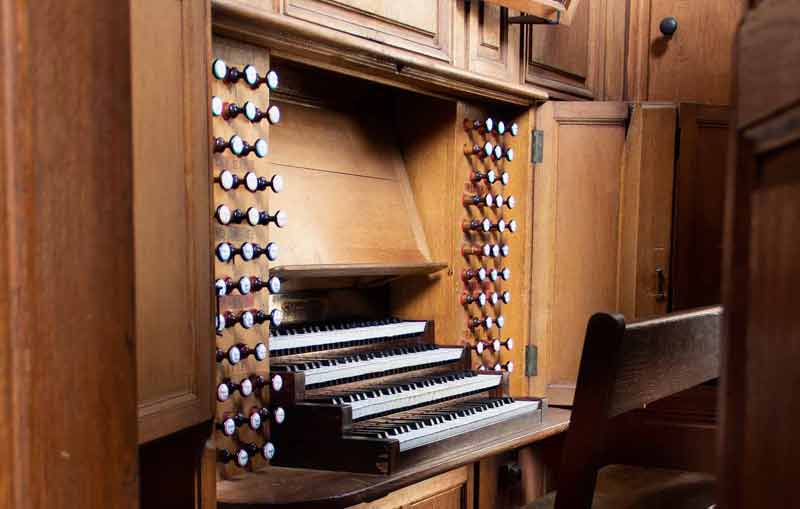 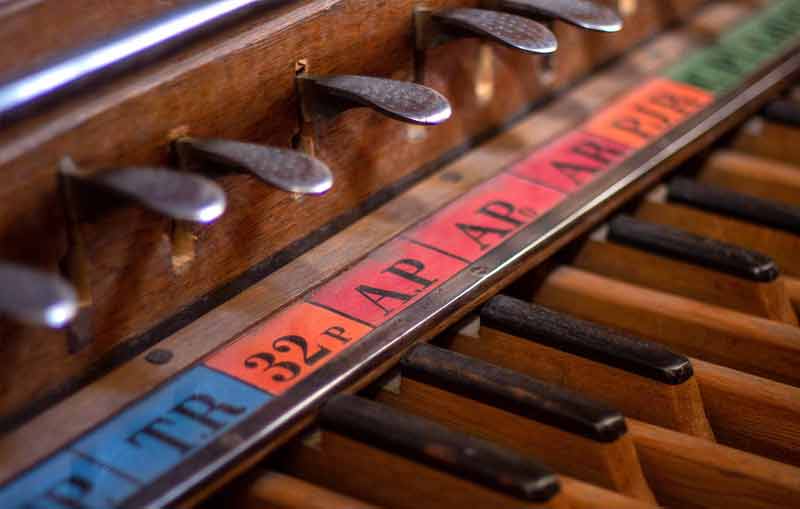 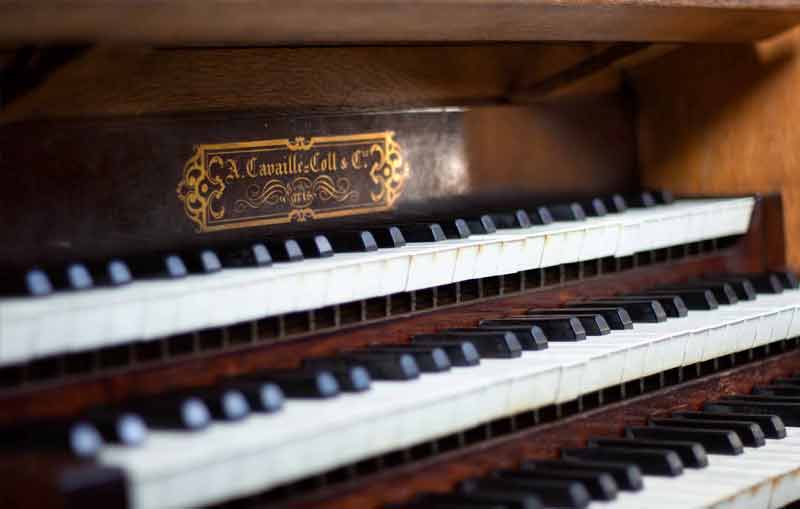 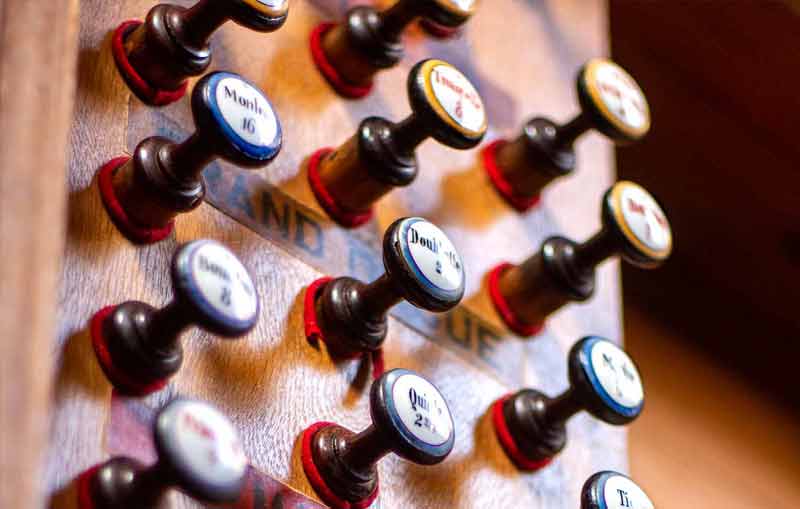 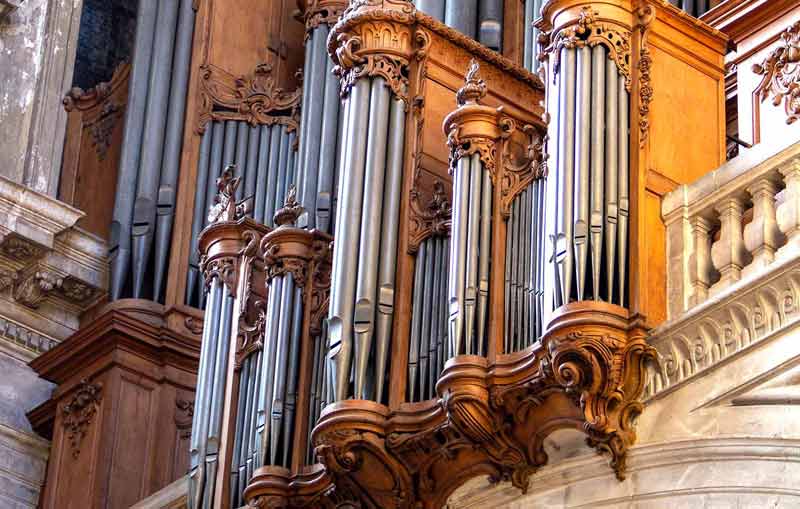 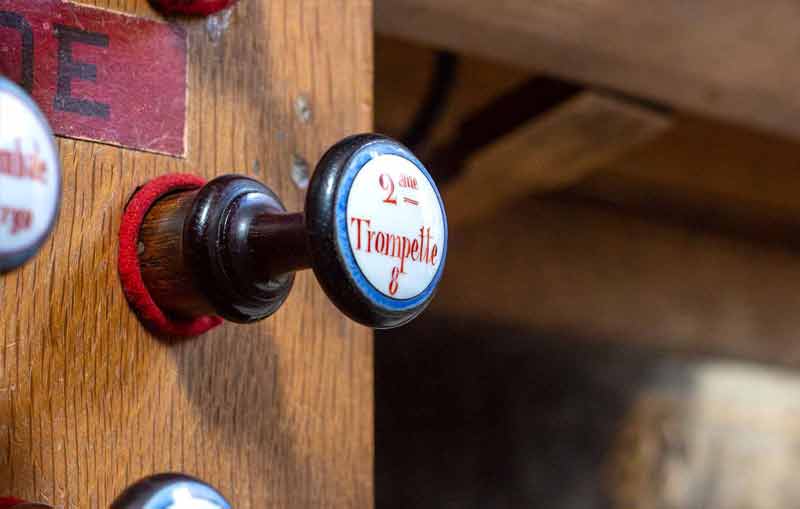 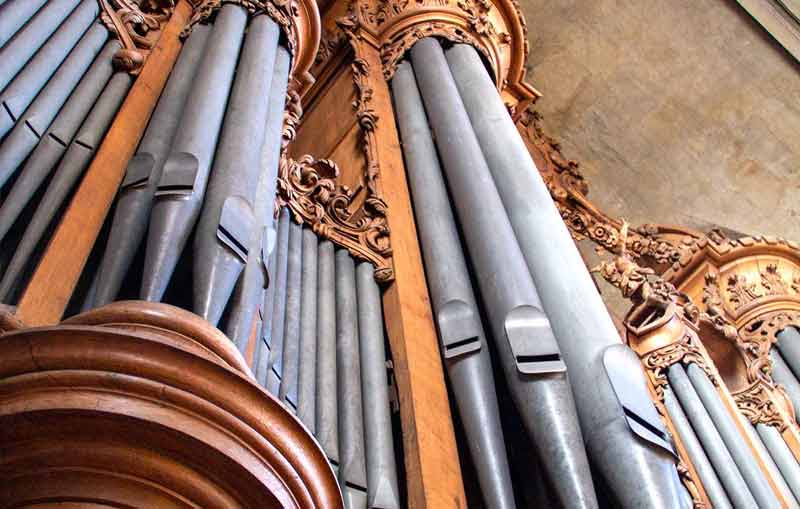 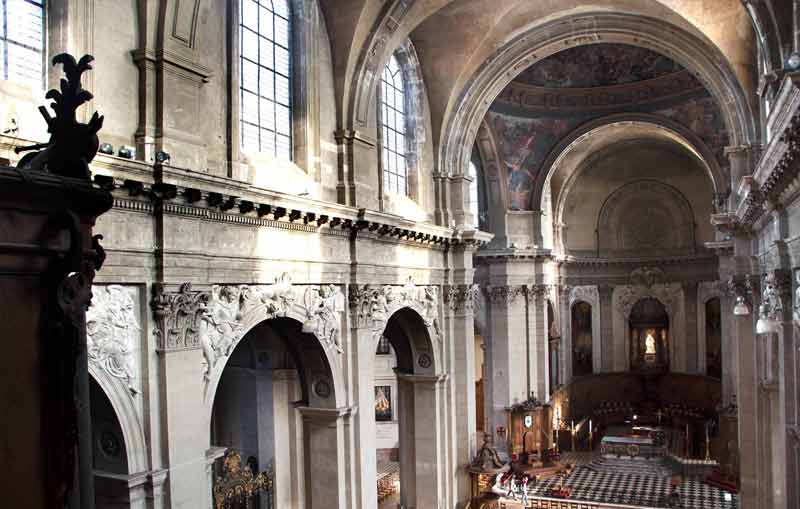 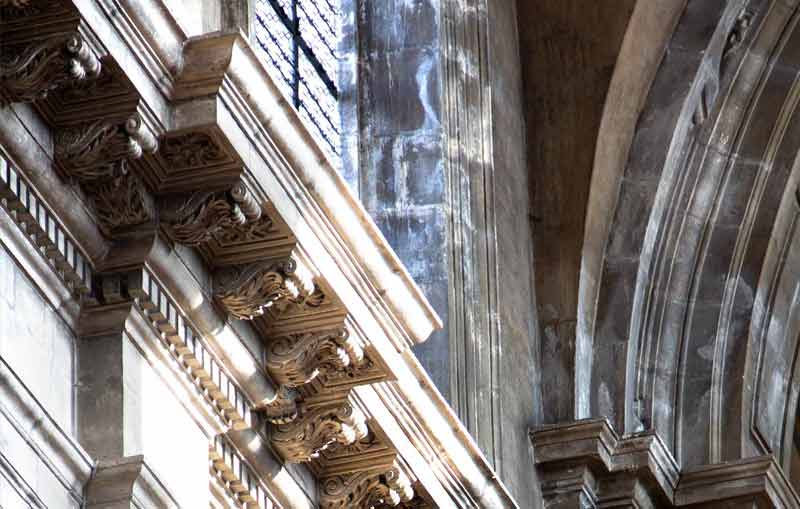 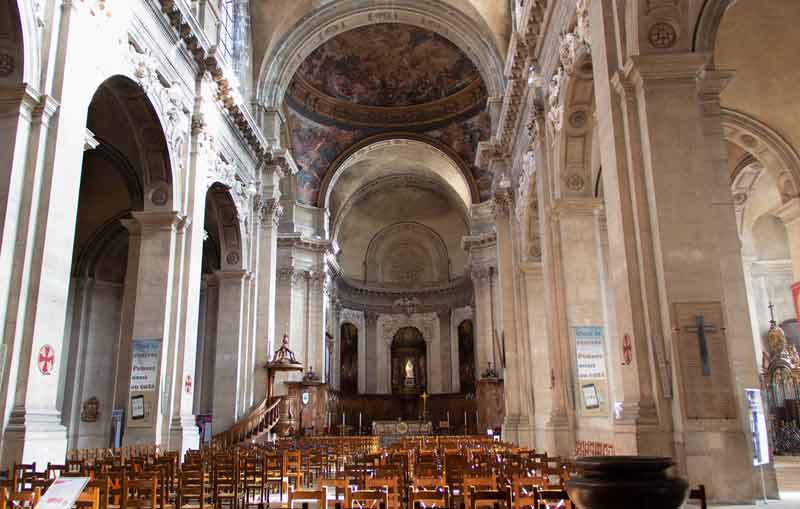