Alessandria is a city in the north-west part of Italy. It is located almost just in between 3 big cities: Milan, Turin and Genoa. The church of San Giovanni Evangelista originally was built in 1905, and was successively restored during the last few years.

Thanks to the efforts of the priest of the church, Don Claudio Moschini, the new organ was built in 2010 by the well known and appreciated company Mascioni. It is a 45 stop 3 manual organ consisting of 5 divisions: Grande Organo, Positivo, Recitativo espressivo, Pedale and Tuba. The tonal composition representing romantic-symphonic style was designed by M°Massimo Nosetti.  One of the very interesting features is the Tuba 8′ stop, which is supplied by a separate blower. It’s a high pressure stop running at pressure of 400 mm, which is unique in Italy.

In the sample set a few small changes were made. On the real instrument it is possible to couple the Tuba division to only the 1st manual and pedal (at the same time, not separately), or to the 3rd manual. In the sample set the tuba is available on every division independently. Furthermore, all three manuals received independent tremulants, as on the real organ one drawknob activates the tremolo for the 1st and 2nd manual (as they share the same bellows). Also two new stops were added: Clarone 4′ in Recitativo espressivo division and Bombarda 32′ in Pedale, resulting in a 47 stops total.

The keyboards have a range from C to c4 (61 notes) and the pedal from C to g1 (32 notes). Because of the organ’s thoughtful conception and colorful stoplist, it is widely seen as a very beautiful and versatile instrument by numerous organists. Several of them highlighted the particular qualities of the instrument and its acoustics. 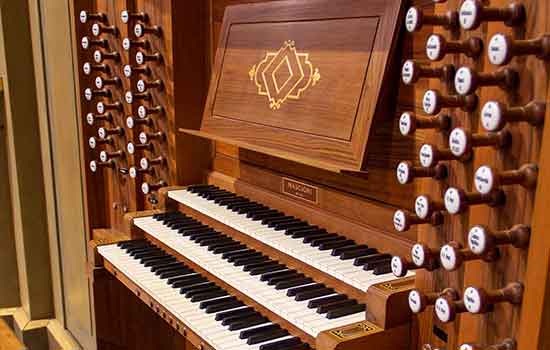 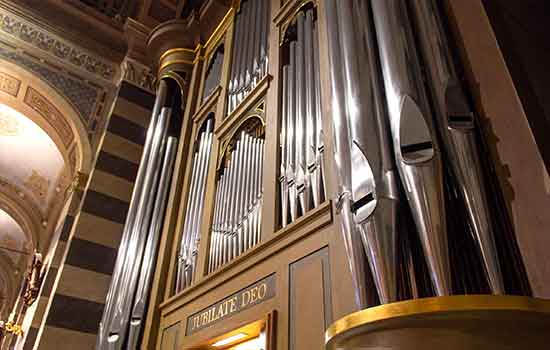 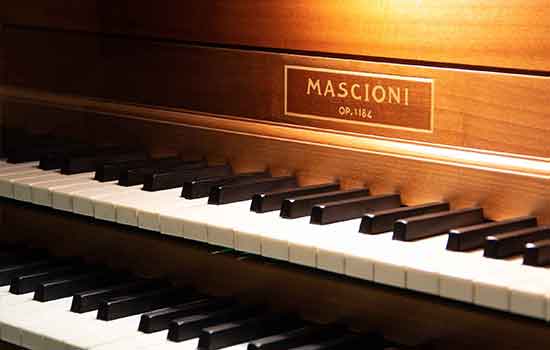 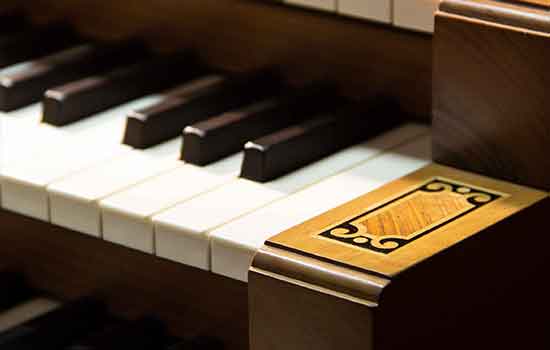 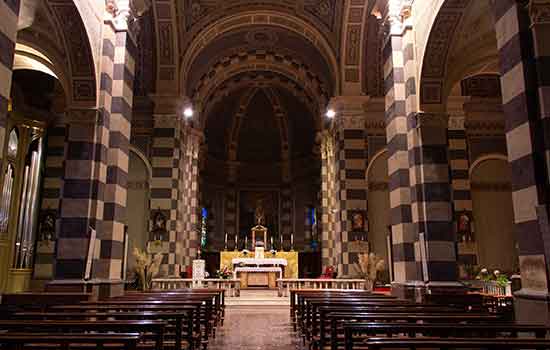 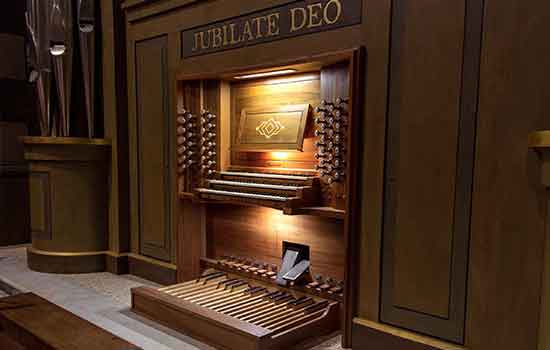