The organ is situated in the beautiful Chapel du Bon Sauveur in Bégard in Bretagne region (France). The chapel was built in 1888 and is part of charming medical complex Fondation Bon Sauveur.
The organ was built 10 years later after the chapel, in 1899 by Charles Mutin, who was the successor of Cavaillé-Coll. It consists of 3 divisions: Pédale, Grand Orgue, Récit expressif. It has a tracker key and a stop action. The original stoplist is listed below:

The organ was modified by Beuchet-Debierre company from Paris in 1969, resulting in more neo-classical style. It was completely renovated in 2009. It has now sharper sound, mainly thanks to Plein Jeu, which is very different from this you can find in organ from Oloron-Sainte-Marie cathedral. It has a slightly soft Sesquialtera stop, which gently colours solo parts played on Récit. The organ has the Appel d’anches feature, which enables both Trompette 8 and Clairon 4 (Retrait d’anches disables), allowing to change the power and character of the sound quickly. It is a very versatile and robust instrument, especially for its size. The pedal compass is from C to f1 and manuals compass is from C to g1 and was extended up to a1 in the sample set. 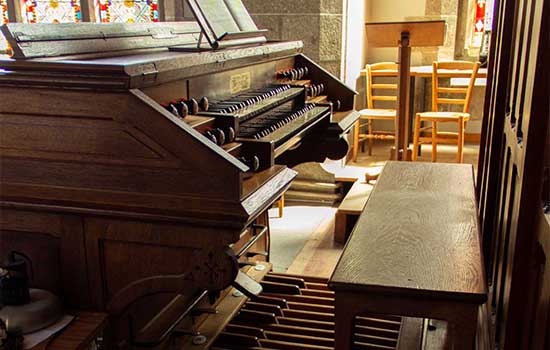 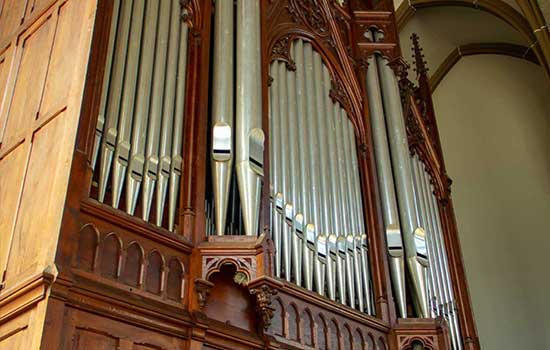 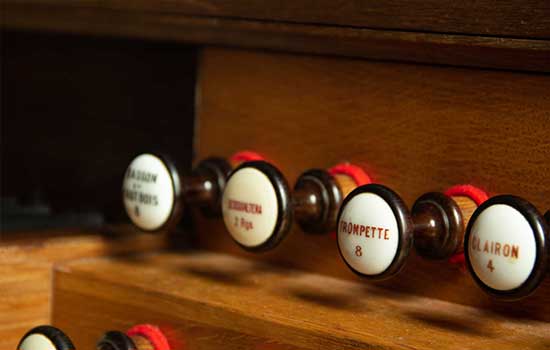 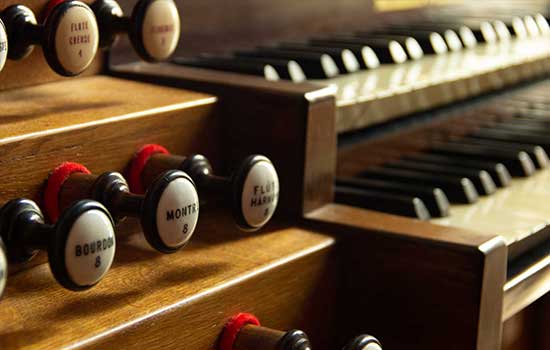 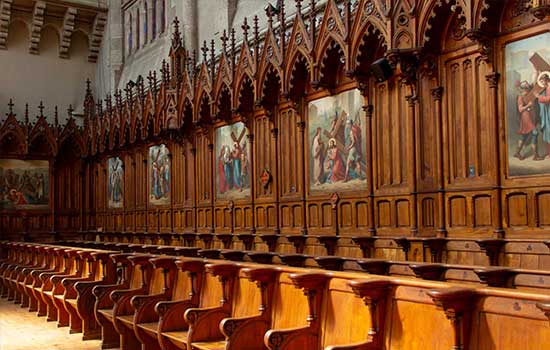 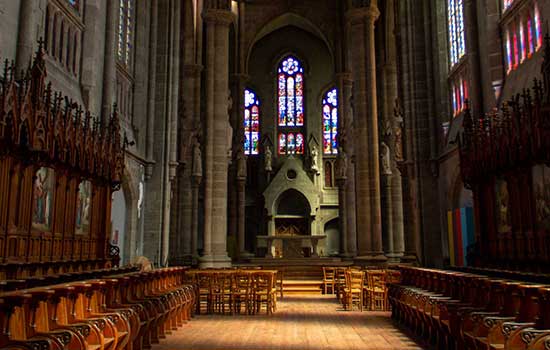 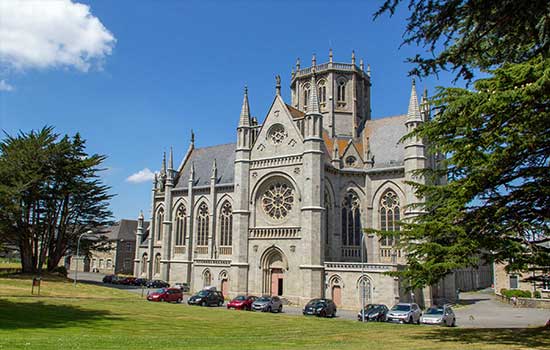 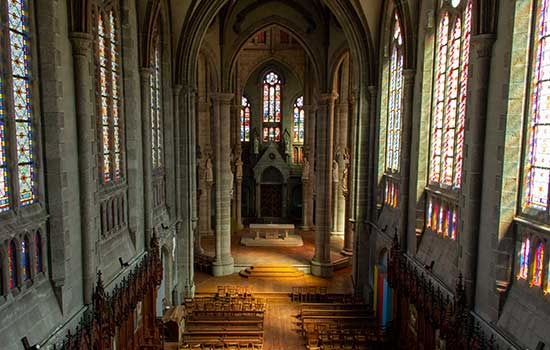