Chorzów is a city in the Upper Silesia region of Poland. It is situated in a metropolitan area which in the past, in the 19th and 20th century, quickly developed thanks to discovery of large coal deposits. Because of that development, many cities were quickly growing. That’s why many churches and pipe organs were built during that time. In those days the most popular style in pipe organs was romantic, symphonic style with tubular-pneumatic action.

The church was built in 1874 in neo-romanesque style. The original organ had tracker action, maybe 2 manuals and around 28 stops. Probably the builder of the first instrument was Adolf Volkmann. It is likely he also built the small 3 stop positiv, which originally was located in a cemetery chapel nearby. It is unknown in which year the organ was relocated to the church’s choir loft. Currently it is unplayable, but there are plans to renovate and move it to its original location. It can be seen on the picture on the right side, below the right tower.

In 1908 the new organ was built by Martin Binder & Sohn company, integrated into the old organ case. Probably some pipes from the previous instrument were used for the new one, for example the I Rohrflöte 4′ and II Gedeckt 8′ have both construction of double rohrflute. If you look at the stoplist of Lipiny organ from this website (made by Volkmann), you will see in the first manual division that there are two Doppelrohrflöte stops (8′ and 4′). Martin Binder company built new windchests and added a new enclosed 3rd manual (Echowerk) located on the top of the middle part of the case. The organ probably had 45 stops when it was built. One year earlier (1907), in the same city, another instrument with 45 stops for Kościół św. Józefa (the church of St. Joseph) was also built this company. Only 3 instruments of this organ builder remained in Poland – two in Chorzów and one in Brzeźce, which is around 40 km away where he built a 25 stop organ.

The organ in Kościół św. Jadwigi Śląskiej were extended in 1968 and 1974, probably by Zdzisław Zasada. Five new stops were added: P Mixturbass 3 fach (later removed), I Mixtur 1 1/3′ 3 fach, II Quintflöte 1 1/3′, III Nasard 2 2/3′, III Terz 1 3/5′. Fugara 4′ was moved from 2nd manual to 1st to a new windchest. New stops for 3rd manual are not enclosed as they were built in front of the swell box on a new windchest due to lack of space inside. Unfortunately, probably during these works, the original console was removed and replaced by a more modern one (first image in the gallery below). Presumably the console was replaced before the extensions were added, as the stop tabs of the extensions were added in rather random, unlogical positions. The console received Polish naming. During these works the wind system was changed. Previously the whole organ was supplied from one big bellow located on the floor level. Now the 3rd manual and 2nd manual are supplied from two separate bellows. It allowed to add two separate tremulants for these divisions. Pedal, 1st manual and tubular-pneumatic action are supplied from the one large bellow. The manuals’ keyboard compass were extended from g3 to a3. Also a new coupler was added: Super II-I (with added pipes for the highest octave) and old Sub III-II coupler was removed. The new console also has a feature that didn’t exist in the old one, which is Automat pedału (piano pedal), which disables louder pedal stops and couplers when playing on the 2nd or 3rd manual. This is the state we find that organ in today, no further changes were made.

The divisions of the organ are located as follows: pedal in two towers on the left and right side splitted in C and C# sides, 1st manual on 1st floor in the center with C, C# layout, 2nd on the same floor on the left side with chromatic layout and 3rd manual on 2nd floor, above 1st manual in the swell box, also with C, C# layout. Currently the organ is not in the best shape, as the console needs expensive repair or replacement. In recent years a few renovations were done including cleaning the pipework and the windchests of 1st, 2nd and 3rd manual sections. Two new blowers were added, which are now placed inside the organ case. Previously the blower was located on the ceiling of church. Currently the bellow of 3rd manual is supplied by one little, and the rest of the organ by the one large blower.

When preparing the sample set I wanted to make some small improvements to make the organ a bit more versatile while maintaining its original character and fix some errors, which were done in the past. First of all I decided to reproduce the look of the original console in the graphical user interface. It was a very demanding and time-consuming task. The original organ builder plates were saved and are located inside the organ case. The stop tabs of pedal, 1st and 3rd manual were also saved and can be seen in the Museum of Organs in Katowice, Academy of Music. The console of the organ in Kościół św. Józefa (also made by Binder) remained in its original state (three last images in the gallery), so it is probably very similar to this which was originally in Kościół św. Jadwigi Śląskiej. The look of the sample set is a combination of photos taken in these places. Originally unexisting stops and couplers tabs were created. I changed the naming of newer stops from Polish to German, to make it consistent. Thanks to all that effort the user interface gives a better impression of the original look of the console.

Another change, which was done in the sample set was moving the Mixtur 1 1/3′ 3 fach from 1st manual to 2nd. We don’t know what stop was located in this place on the windchest before. It could have been a vacant. The stop has a more modern sound, which brightens the sound of the pleno. As in the current state the organ has a very powerful 1st manual with 17 stops, compared to 11 in 2nd manual, when playing tutti the 2nd manual is a bit too weak to make a dialog. This swap makes the 2nd manual more versatile and powerful. As this stop is supplied from the main bellow, it is not affected by the tremulant.

New couplers were added and old ones were restored. The previous set of couplers consisted of standard unisono couplers and Super III/I, Super III/II and Sub III/II. During the works in the 70s, Sub III/II was removed and Super II/I was added. In the sample set I joined old and new couplers and added Sub III/I coupler, which gives a subtle 16′ and 32′ effect in the manual, making the sound even more massive. I included newer stops of 3rd manual in the enclosure, as obviously in the sample set there are no physical limitations of space. I also decided to add one stop, which is Bassflöte 8′ (extension from II Gedeckt 8′), because it makes the organ more versatile, especially for playing soft accompaniments.

The sample set consists of 4 stereo audio groups named: close, front, middle and rear. Close is the sound captured by microphones located quite close to the windchest of the given section. Front is the sound, which is quite close to what an organist hears when playing. The church has an arc on the top located at the border of choir and rest of the church. It reflects the sound of the organ back to the organist, so there is a feeling of playing in a much smaller space. The church also has a wooden choir and ceiling, which shortens the reverb and gives it more chamber character. Middle audio group gives sound, which provides a good balance between reverberation and clarity. It should be sufficient to load ranks from this audio group only for computers with limited resources. The rear microphones were facing the church. They have a very dark sound, with a really strong bass response. With limited resources I would advise to listen to the different audio groups and load only these, which will fit your needs and taste.

This organ has also a very personal meaning to me. If it hadn’t been for this instrument, my life probably wouldn’t have been connected to the pipe organs. Thanks to its inspiring sounds, good quality and the high level of playing by local organists, despite taking piano lessons, I was more and more interested in pipe organs. After years I still consider this instrument as a very interesting, valuable representation of German romantic style. The sample set, like all sample sets, is only an approximation of the real instrument, but I hope it will be almost as inspiring as the original.

Using this audio player you can listen to different audio channels the sample set is made of. Use the sliders corresponding for each audio group to modify its volume. 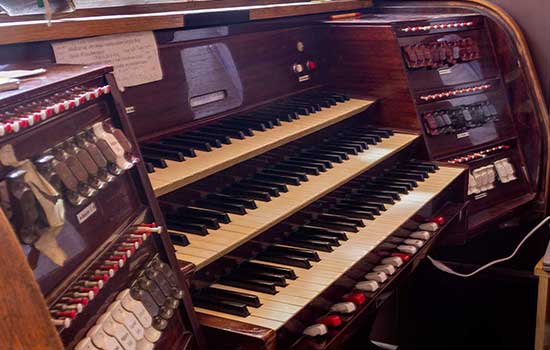 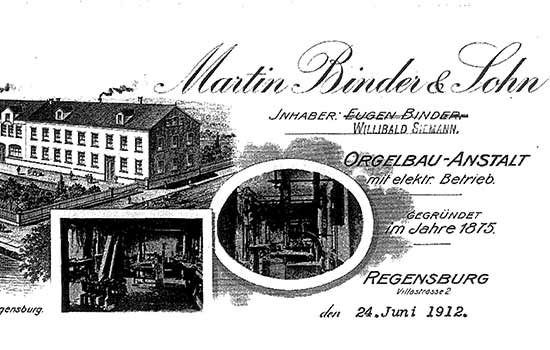 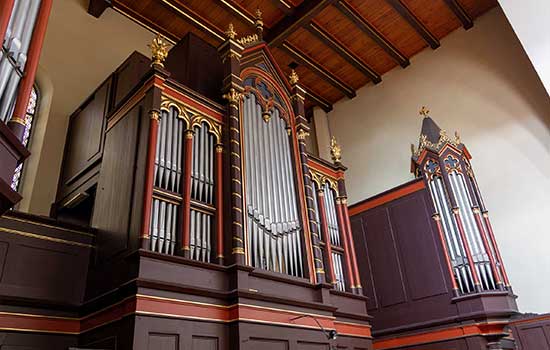 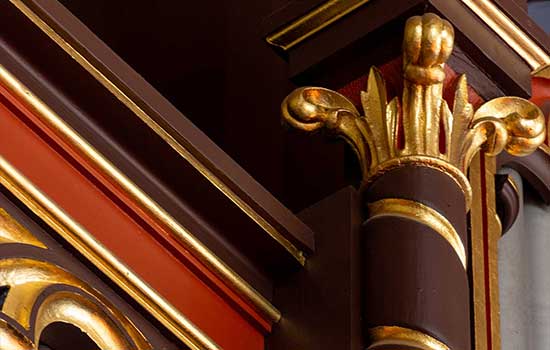 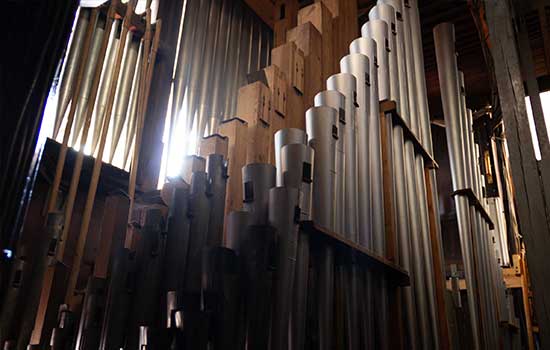 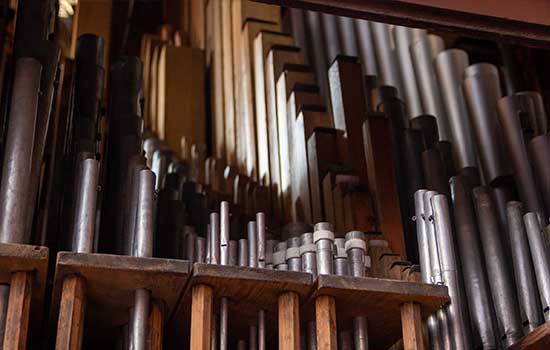 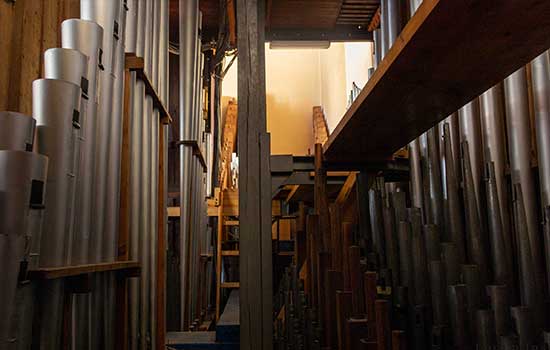 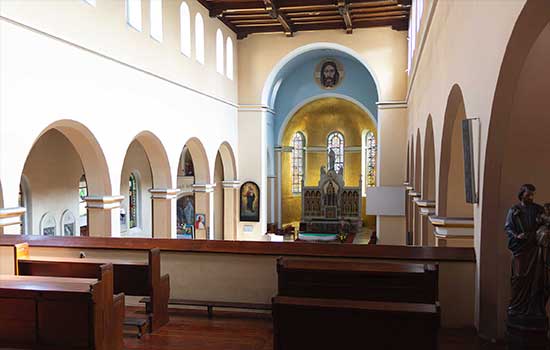 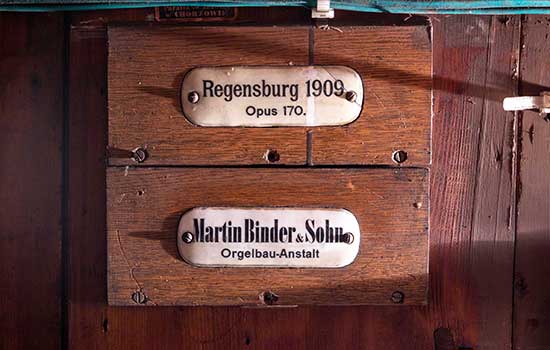 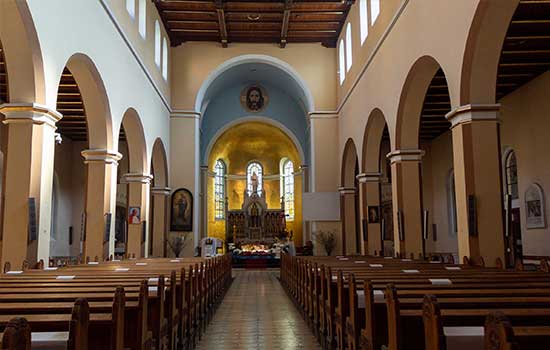 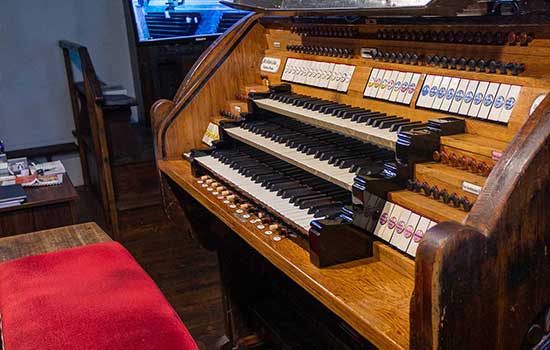 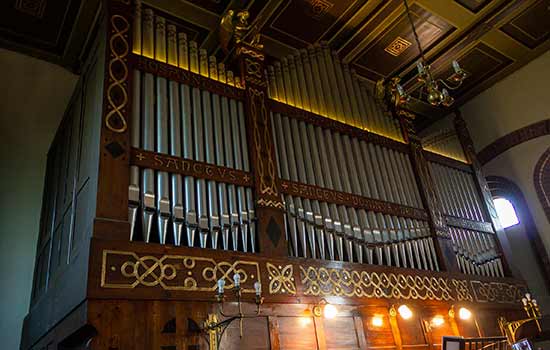 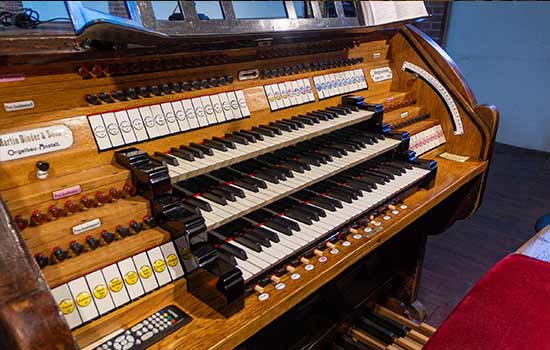