The organ of St. Bartholomäus church in Friesach was built by Orgelbau Eisenbarth from Passau (Germany) in the year 2000. At first the organ was built as a two manual instrument with 38 stops, later the Solowerk was added. Due to its size and sound it counts as one of the most important organs in Carinthia (lower Austria).

The instrument has a rather unusual concept. There is a solid Hauptwerk with the Praestant 16′ as its base. As its counterpart, the rather big Schwellwerk takes its place in the middle of the instrument. It functions as a French Récit (noticeable through it’s reeds and the Cornet décomposé), as well as a baroque Positiv under expression (noticeable with the Kleine Quinte and high pitched mixture). With this concept, it was possible to build a third manual as a rather unusual Solowerk in a typical French style. This division includes two voluminous and round flutes, as well as a solo Cornet á Pavillon 8′, and least but not last, a Trompette en chamade 8′. Initially a Cor Anglais at 16′ pitch would have been the last rank to be installed in that division, but in the end an Englisch Horn 8′ was the final stop chosen for the instrument. The Pedal functions as a universal support to the rest of the organ, which takes the Untersatz 32′ as its base. The Posaune 32′ was artificially added in this sampleset. The voicing is rather strong, but suiting for the big, cathedral-like building it is situated in, which was built in 1187 (it was enlarged and changed many times after fire in 1298, 1557, 1582, 1673, 1804 and 1895). Furthermore, the organ has a Setzer combination system with dual action for the registers, while the keyboards have tracker action. The original range of the Pedal is from C to f1 (extended to C-g1 in the sample set) and in the manuals from C to a3 (extended to C-c4). There are also foot pistons for coupling and the sequencer.

Structure of the organ:
– Schwellwerk: situated in the middle of the organ case, which also has swell shades on the roof for better volume control and effect.
– Hauptwerk: on the left and right of the Schwellwerk, split into C and C# sides.
– Pedalwerk: situated behind the Hauptwerk, also divided into C and C# sides. Stop Untersatz 32′ sits on its own windchest behind the main organ case.
– Solowerk: on top of the Hauptwerk and Pedal pillars, also split by sides, including the Trompette en chamade 8′,
which is clearly visible in the facade (starting from c).
The Contrabaß 16′ sits in the façade (together with the Preastant 16’ of the Hauptwerk).

Through the thoughtful tonal concept of this instrument it’s possible to play pieces of many different epochs, be it Lübeck, Buxtehude, Bach, or music from French composers such as Franck, Widor or Dupré. At the same time the music of Messiaen, Mendelssohn, Ritter or Reubke also sound very authentic on this instrument. 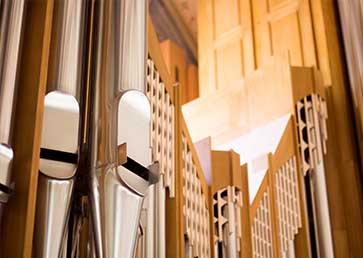 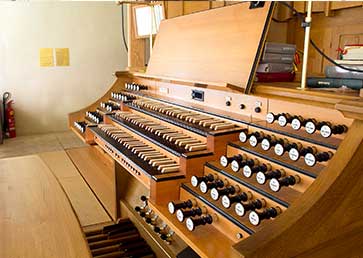 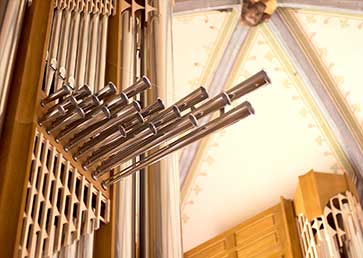 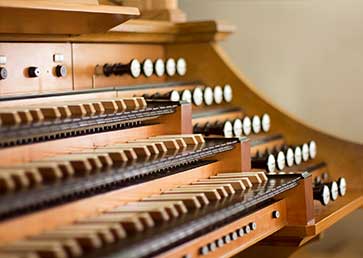 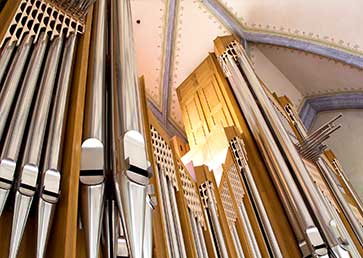 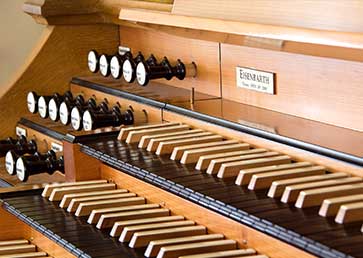 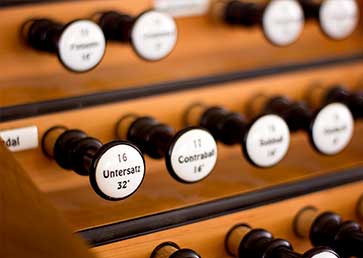 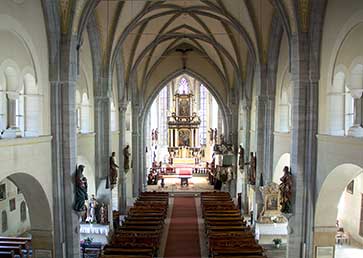 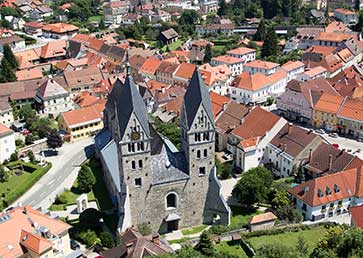