Skrzatusz , a village placed in the Greater Poland region (show on map) is famous because of Sanctuary of the Blessed Virgin Mary, that is considered to be a popular prilgrimage destination in this region. The Sanctuary was built in 1687-1694 as a votive offering for the Battle for Vienna.

The first pipe organ dates back to the seventeenth and eigtheenth century, probably 1696. Supported by two columns, it was placed on a gallery of wood in the choir. The organ was commonly called “positiv” and was seriously damaged in 1724, because of a slipping ceiling. During one of the repairs, a larger organ was built by Wilhem Sauer from Frankfurt (Oder) in 1876. The organ was signed as opus 213. It has 19 stops, 2 manuals and pedal with fully mechanical tracker action. It has one floating top reservoir, electrical blower, bellows and tremolo for the 2nd manual.
The keyboard compass is from C to f3, pedal compass from C to d1. The organ case is decorated by an angel playing trumpet and two smaller angels sitting on side sections.

Because of the bad condition of the organ, in 2004 the Sauer company from Frankfurt (Oder) made the complete overhaul of the organ during which the Nachtigall (nightingale) replaced the Calcanten Ruf, the blower was changed, all pipes were renewed and preserved, and broken trackers were repaired.

The samples were recorded in June, 2012. Unfortunately, the Nachtigall wasn’t working during the recording day, so it’s not working in the sample set. 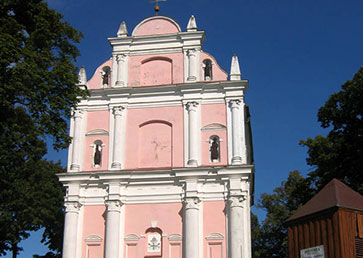 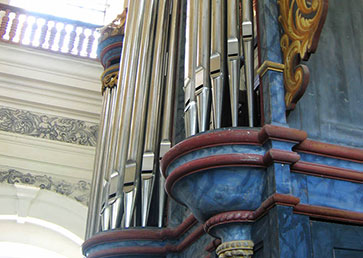 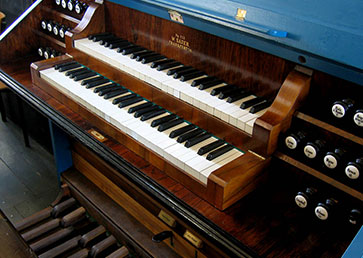 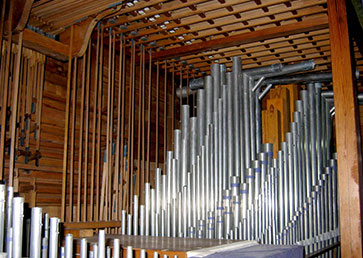 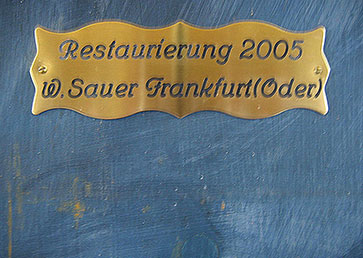