The instrument is located in Church of the Nativity of the Blessed Virgin Mary. It was built by Paul Voelkner from Bromberg (Polish name is Bydgoszcz ) in 1908. Szczecinek is a city in Middle Pomerania, northwestern Poland. Until the end of First World War Poland was divided among Prussia, Russia and Austria, including the cities of Szczecinek and Bydgoszcz. Poland became an independent country in 1918.

Originally the console was originally built in the organ case, but in 1990s it was moved to the left side of organ loft. The tremulant was added later. It is now engaged by a stop tab, which previously controlled Calcanten Ruf (calcant bell).

Led by the Zdzisław Mollin company, a five-year renovation of the instrument was completed in 2015. Among the work completed: all damaged pipes were replaced; the façade pipes, except for the center one which is original, were replaced; stop switches were re-engraved; the expression mechanism for Manual II was reconnected; two new reservoirs and a new blower were installed. The organ case was renovated by conservators from Toruń. The renovation project was mostly funded by parishioners.

Organ has fully tubular-pneumatic tracker action. The keyboard compass is from C to g3, pedal compass from C to f1. Pedal compass was originally from C to d1, but I extended it by artifical repitching of pedal’s last note. 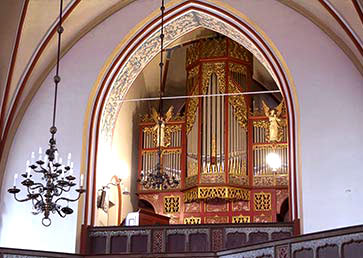 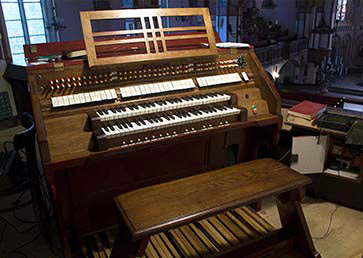 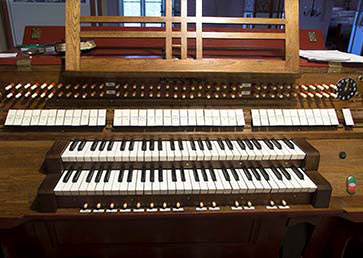 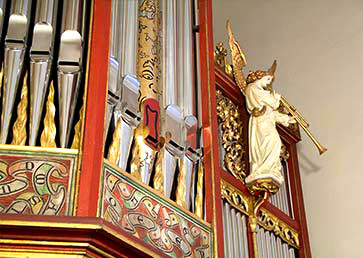 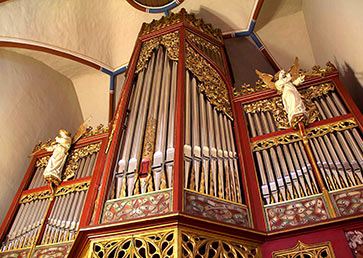 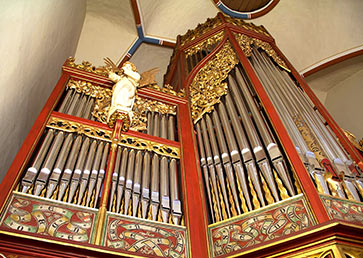 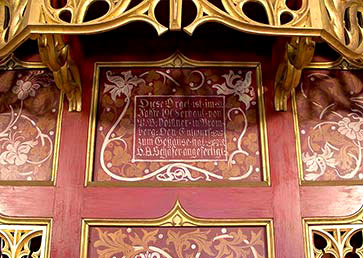 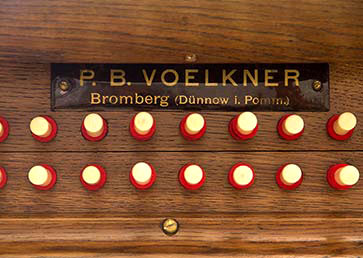