In the parish church of Strassburg (Austria) one of the most magnificent historic baroque instruments of the Carinthia region can be found. The church is consecrated to St. Nikolaus and was built in 1432–1460, most likely by Hans Chorch. In 1464 the church spire was finished, and in 1630-1643 the church was changed into the baroque style. In this time the side chapels and the facade (1640) were changed. The west choir is made as a stellar vault in a late Gothic style.

Johann Cyriacus Werner (Graz, Austria), a famous organ builder at his time, built the organ in the year of 1743. The casework was made by J.F. Fromiller in 1748 and is divided into two main pillars, one on the left and the other on the right, which contain the Hauptwerk and Pedalwerk respectively. Sitting on top of these two pillars, two statues are placed, symbolizing the Saint Cecilia (patroness of musicians) and King David (King of Judah). The little Positiv is situated right in the middle of the organ case.

Over the years basically no changes were made in the pipework, which means it’s still in original condition. In 1969 the organ received a restoration by Orgelbau Pirchner (Vorarlberg), who probably replaced the original console and installed chromatic keyboards.

The organ has a few notable features:
– The console is built in in the left tower of the case. The organist sits right under the organ
– The pedal stop Kontrabaß 16′ has its own wind chest behind the main organ case and the pipe mouths face the church wall
– The Chromatic keyboard manuals play notes one octave higher for the lowest C# and D# (this behaviour can be changed in Hauptwerk version of this sample set)

Manual compass is C-c3, pedal C-d1 and both can be extended to f3 and f1 respectively in Modes display page. Pedal stop Posaun 16′ was made from Trompete 16′ from Friesach sample set. 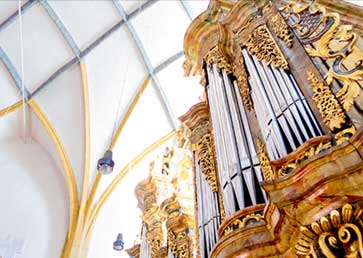 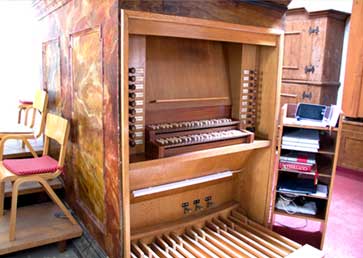 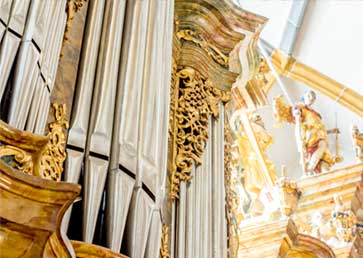 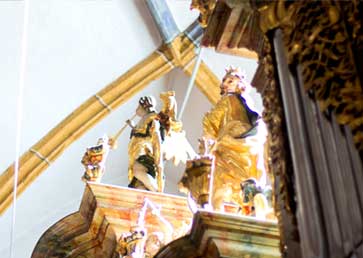 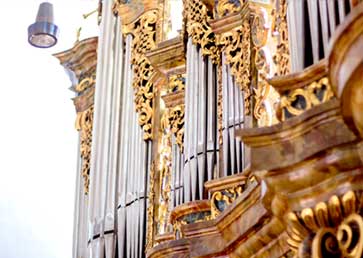 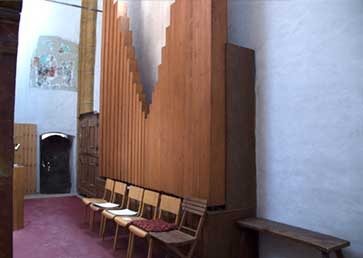 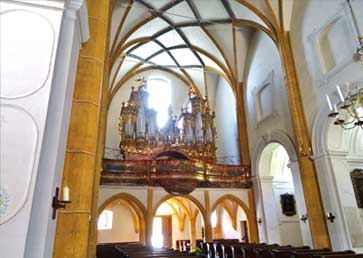 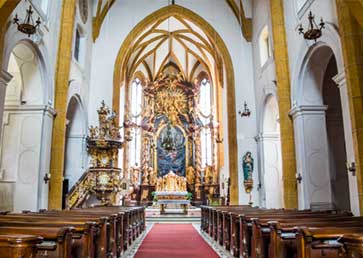 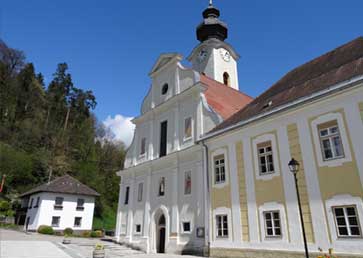